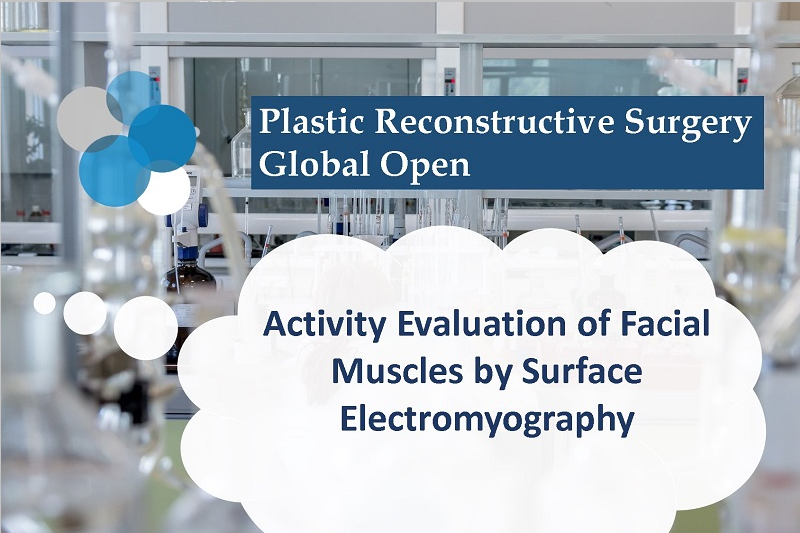 Surface electromyography (sEMG) is an easy, noninvasive, and reproducible way to assess spontaneous electrical activity of muscles in real time. In this study, we report data on the correlation between sEMG and mimetic muscle activity during specific tasks so as to create a case–control reference for future studies on acute, chronic, and congenital facial palsy.

Twelve healthy participants were enrolled (6 women and 6 men) with a mean age of 42.75 (range, 26–58 years) years. sEMG signals were recorded at rest and while performing voluntary and specific tasks that elicited selective contraction of frontalis, orbicularis oculi, zygomaticus major, orbicularis oris, and platysma muscles simultaneously and bilaterally for each muscle group. Statistical analysis was performed to evaluate if there was a statistically significant difference of the average contraction values between left- and right-side data sets and between male and female participants.

No statistically significant difference was found between male and female participants or between the right and left sides at rest and while performing the requested tasks, even though they were not identical. No participant complained about the procedure.

Interindividual and intraindividual variability of the sEMG signal as well as crosstalk between muscles groups were reported downsides that we did not encounter. The absolute noninvasiveness of our procedure makes it feasible to be applied even to young children. This dataset obtained in healthy participants might also be useful in the observation of patients undergoing regeneration/reinnervation procedure following recently acquired facial palsy or mimetic muscle reconstruction for congenital/inveterate one.

To read the full article: bit.ly/2Xn4N2z