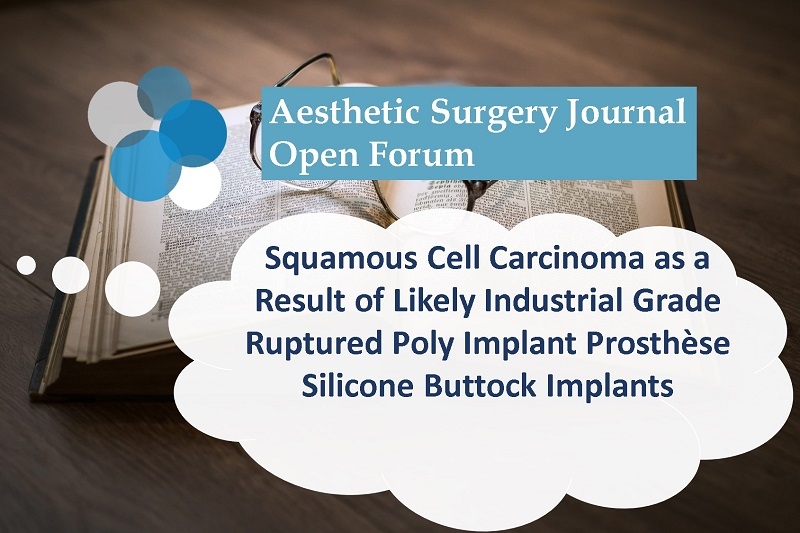 The Poly Implant Prosthèse (PIP) implants were withdrawn from the market in 2010 due to the use of a nonmedical grade silicone filler. In 2012, the French medical authorities and the International Confederation of Societies of Plastic, Reconstructive and Aesthetic Surgery recommended the extraction of PIP implants. However, during the duration of this scandal, each country in the world did not agree with a uniform procedure, and this rule was not implemented in its entirety. Although laboratory test results on PIP implants were negative for cytotoxicity and genotoxicity, there are many reports in the literature of several complications associated with PIP implants, including high rupture rates and the fact that they are 3 to 5 times more likely to produce local tissue reactions. On the other hand, the development of more strange and worse prognosis complications, such as the development of squamous carcinoma associated with the use of silicone implants (not necessarily related to PIP implants), is less known. To date, only 6 cases have been reported, and all are related to breast augmentation. The authors made the first report of primary gluteal squamous cell cancer related to rupture and delayed removal of PIP silicone buttock implants.

To read the full article: bit.ly/39mRUwt