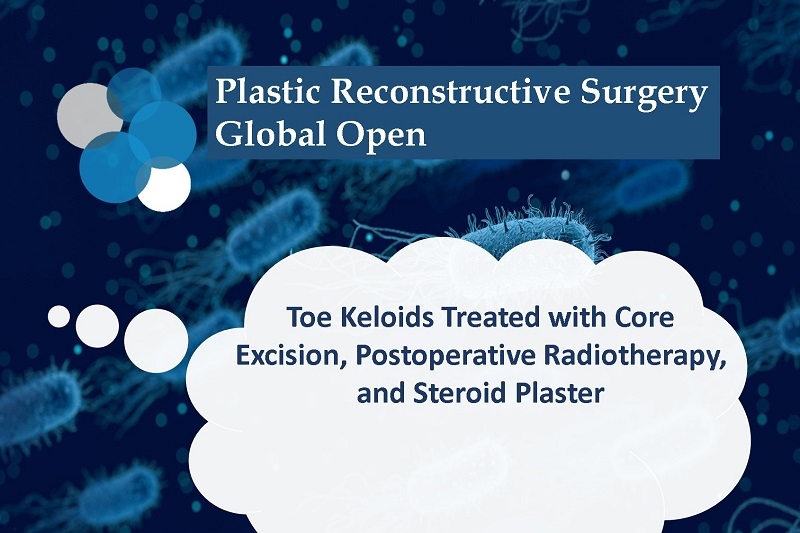 Summary:
Although keloids are common on the joints, precordial areas, and abdomen, toe keloids are rare. The limited literature to date also suggests that they can be difficult to treat. We experienced the case of a 21-year-old woman with toe keloids on the first, second, and third toes that arose after ingrown-nail operations at another hospital. The second toe keloid was resected but recurred. Since subsequent conservative treatments were ineffective, the patient was referred to our hospital. The first visit revealed three large keloids: in particular, the keloid on the second toe had engulfed the entire circumference of the toe. Surgery with the core-excision method and postoperative radiotherapy were performed. After the sutures were removed, the scars were treated for 24 hours/day with steroid plaster until the induration disappeared. One and a half years after the operation, recurrence was not observed and the appearance of the toes had improved greatly. Thus, combination therapy composed of core excision, radiotherapy, and steroid plaster therapy is highly effective for toe keloids.

To read the full article: bit.ly/2MFi8RS