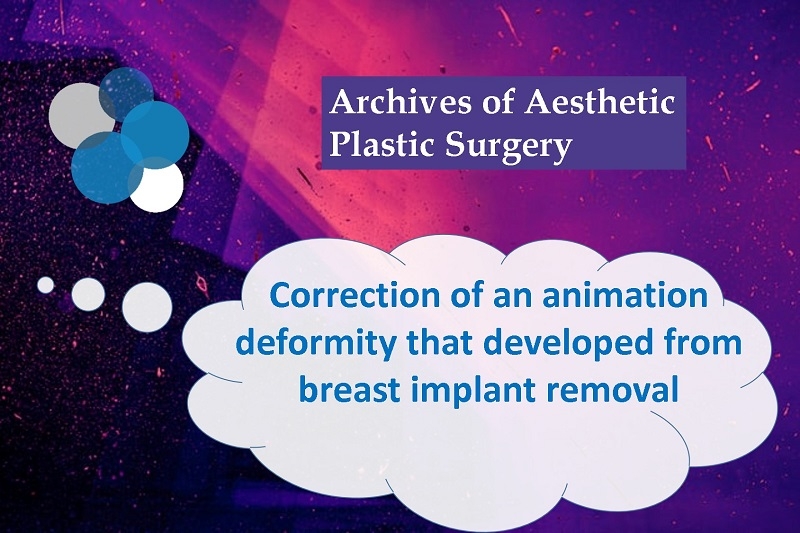 Correction of an animation deformity that developed from breast implant removal

Subpectoral implant insertion is considered to be the standard procedure for breast augmentation and reconstruction. However, in some patients who have undergone breast augmentation or reconstruction surgery with a prosthesis, implant removal may be required for various reasons, including infection or implant rupture. According to a literature review, the standard technique for implant removal has not been thoroughly investigated. This study aimed to report the case of a patient who developed animation deformity after implant removal and to suggest a technique for preventing such complications. A 51-year-old woman underwent breast augmentation surgery with silicone implants. However, the patient complained of an unpleasant foreign body sensation; hence, the implant was removed 6 months after the first operation. After removal of the implant, undesirable movement of the chest wall on both breasts occurred. Revision surgery under general anesthesia was planned 18 months after implant removal. Capsulectomy was performed on both sides, and the pectoralis major muscle was completely isolated and repositioned. The undesirable movement in the skin of the chest wall disappeared postoperatively. This case suggests the need for capsulectomy and repositioning of the pectoralis muscle to its original position during implant removal.

To read the full article:bit.ly/3cIdtJQ