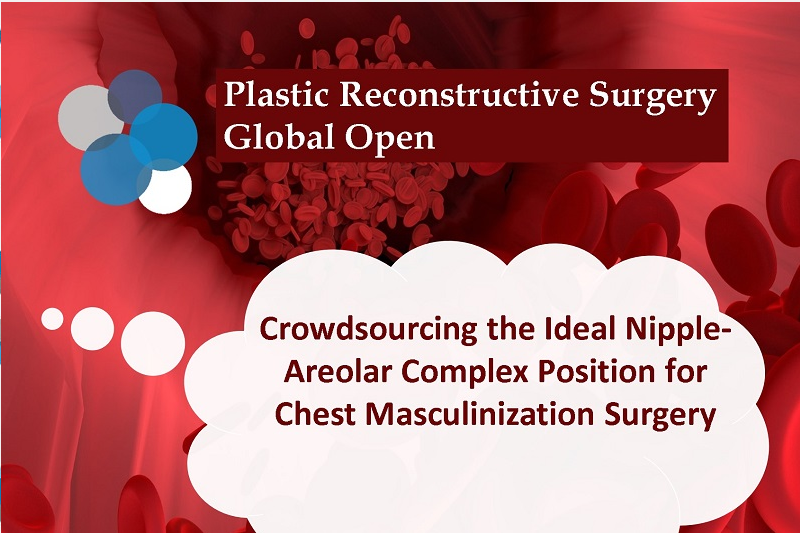 Background:
Chest masculinization surgery is increasing in prevalence. However, the ideal location of the nipple-areolar complex (NAC) is unknown. Our purpose was to determine the most aesthetically favorable male NAC position for use in chest masculinization through crowdsourcing.

Methods:
Using Adobe Photoshop CC 2017, 8 locations for the NAC were created based on previous literature descriptions. Amazon Mechanical Turk was utilized as a crowdsourcing interface—respondents were asked to rank the top 3 most favorable and least favorable images. Analysis of variance with subsequent Tukey HSD was used for a statistical comparison of favorability scores for different NAC localizations. Values were considered significant with P < 0.05.

Conclusions:
Most respondents preferred Images C and A, and few favored Images G and H, suggesting that lateral NAC placement is favored over more medial localizations. Additionally, both Images C and A utilize relatively inferior NAC placements. Therefore, we recommend a location inferior and lateral to the NAC. Ultimately, NAC localization during chest masculinization will be the result of shared decision-making between the patient and the surgeon to fulfill each patient’s aesthetic goals.

To read the full article: bit.ly/3qvTaTx