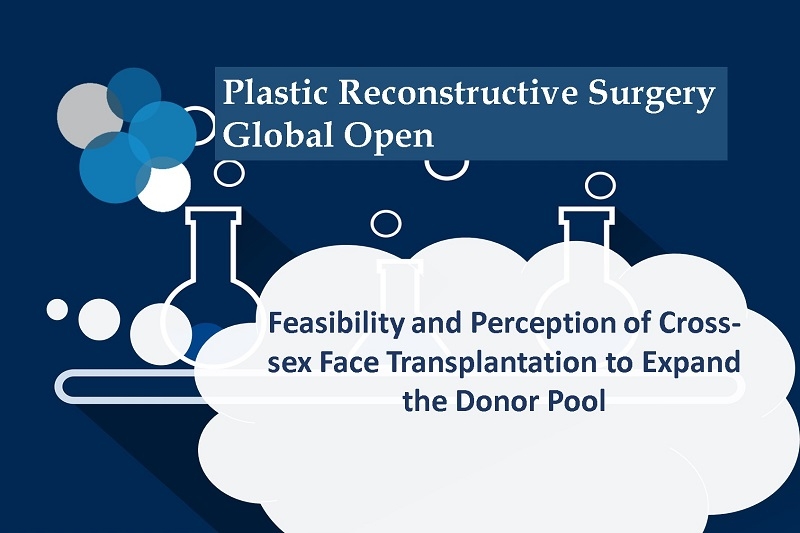 Background:
A major challenge in face transplantation (FT) is the limited donor allograft pool. This study aimed to investigate the feasibility of cross-sex FT (CSFT) for donor pool expansion by: (1) comparing craniomaxillofacial metrics following CSFT versus same-sex FT (SSFT); and (2) evaluating the public and medical professionals’ perception of CSFT.

Methods:
Seven cadaveric FTs were performed, resulting in both CSFT and SSFT. Precision of bony and soft tissue inset was evaluated by comparing pre- versus post-operative cephalometric and anthropometric measurements. Fidelity of the FT compared to the virtual plan was assessed by imaging overlay techniques. Surveys were administered to medical professionals, medical students, and general population to evaluate opinions regarding CSFT.

Results:
Five CSFTs and 2 SSFTs were performed. Comparison of recipients versus post-transplant outcomes showed that only the bigonial and medial intercanthal distances were statistically different between CSFT and SSFT (P = 0.012 and P = 0.010, respectively). Of the 213 survey participants, more were willing to donate for and undergo SSFT, compared with CSFT (donate: 59.6% versus 53.0%, P = 0.001; receive: 79.5% versus 52.3%, P < 0.001). If supported by research, willingness to receive a CSFT significantly increased to 65.6% (P < 0.001). On non-blinded and blinded assessments, 62.9% and 79% of responses rated the CSFT superior or equal to SSFT, respectively.

Conclusions:
Our study demonstrates similar anthropometric and cephalometric outcomes for CSFT and SSFT. Participants were more reticent to undergo CSFT, with increased willingness if supported by research. CSFT may represent a viable option for expansion of the donor pool in future patients prepared to undergo transplantation.

To read the full article: bit.ly/3nl3An8