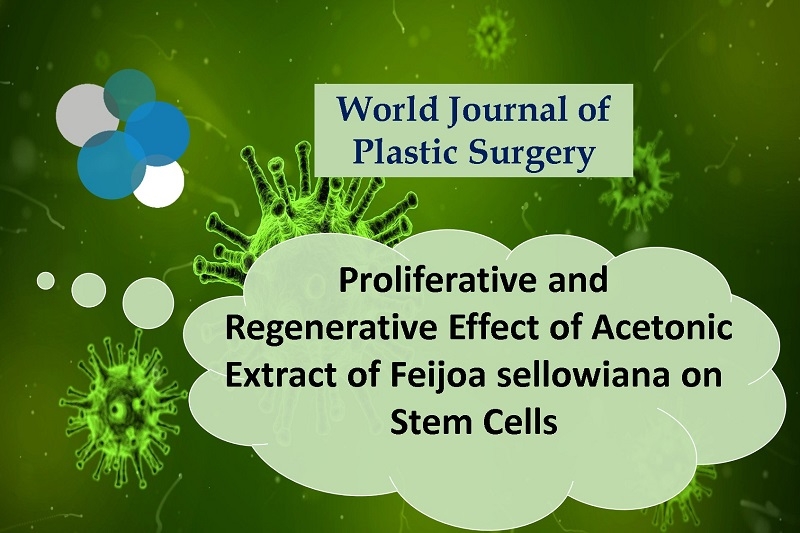 Background
Feijoa is widely used in medicine due to their anti-inflammatory, antioxidant, antimicrobial and antitumor properties. The current investigation studied the proliferative and regenerative effect of acetonic extract of Feijoa sellowiana on stem cells.
Methods
Acetone extract of Feijoa was prepared using percolator and rotary machines. Human bone marrow stem cells (hBMSCs) were used as experimental in vitro model and characterized morphologically, by flowcytometry, and differentiation properties. The toxicity of the extract on hBMSCs was determined by MTT assay. The viability and growth kinetics of hBMSCs treated to Feijoa was determined. Real time PCR was used for changes in expression of proliferative and apoptotic genes on day 7th.
Results
MTT assay demondtrated that Feijoa at doses less than 200 ng/ml did not show any cytotoxic effect on hBMSCs and increased the cell proliferation until day 3rd followed by a non-significant slow decreasing trend until day 7th. Population doubling time (PDT) showed a decline until day 3rd followed by an increase until day 7th. A significant rise in expression of Bax and decline in Bcl-2 expression were noted on day 7th.
Conclusion
The modulatory activity of Feijoa may be responsible for its increasing effect on cell proliferation till day 3rd. Therefore, when faster proliferation during a shorter time period is targeted, Feijoa can be safely added to the culture media in the first three days.

To read the full article:bit.ly/3bFwTwG