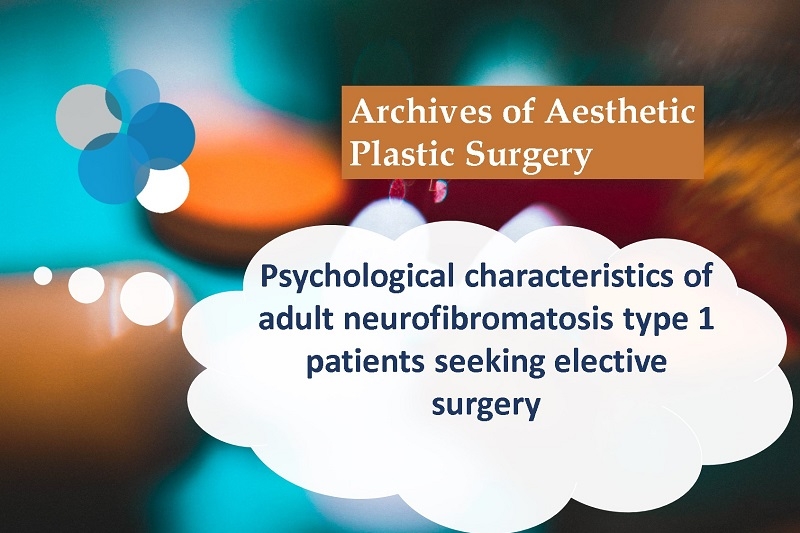 Background
Neurofibromatosis type 1 (NF1) is an autosomal dominant genetic disorder involving the nervous system characterized by the development of neurofibromas throughout the body. Patients with NF1 are also known to have cognitive, behavioral, social, and emotional problems. Using the Symptom Checklist-90-Revision (SCL-90-R) questionnaire, we aimed to assess the psychological characteristics of NF1 patients seeking surgery at a tertiary hospital.
Methods
Adult NF1 patients visiting a plastic surgery outpatient clinic between March 2018 and March 2020 were enrolled in this study. The presence and intensity of psychopathological symptoms were assessed using 10 domains, including the General Severity Index (GSI). Standard T-scores were used to compare the results to population-based norms. The impact of demographic factors was also analyzed.
Results
In total, 65 patients were included in the study. The mean GSI of all patients was 43.7, and the mean score of the other nine domains was 45.3. No scores deviated from the population-based normal ranges. Nonetheless, women had significantly higher mean T-scores than men in a few domains, including the GSI, obsessive-compulsive disorder, depression, and anxiety. Most of the other characteristics, such as age, education, marital status, family history, and tumor site did not have significant effects.
Conclusions
Adult NF1 patients who visit plastic surgery clinics for elective surgery have psychopathological characteristics that do not differ from the general population according to the SCL-90-R. The results of this study can be considered in consultations with these patients.

To read the full article:bit.ly/2YGQqqy