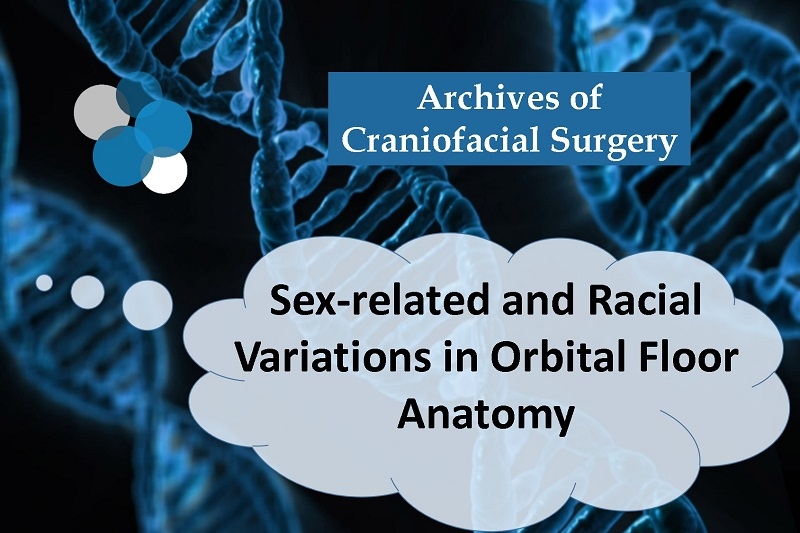 Background
Repair of the orbital floor following trauma or tumor removal remains a challenge because of its complex three-dimensional shape. The purpose of the present study is to understand normal orbital floor anatomy by investigating its differences across four groups (Caucasian American and East Asian, males and females) via facial bone computed tomography (CT).
Methods
A total of 48 orbits in 24 patients between 20 and 60 years of age were evaluated. Although most patients underwent CT scanning following trauma, the orbital walls were intact in all patients. Linear and angular measurements of the orbital floor were obtained from CT images.
Results
Orbital floor width, length, angle between the orbital floor and medial wall, and distance from the inferior orbital rim to the lowest point of the orbital floor did not show a statistically significant difference between groups. Angles made by the infraorbital rim, the lowest point of the floor, and the anterior border of the infraorbital fissure were statistically significantly wider in East Asian females than in male groups. The floor depth in East Asian females was significantly smaller compared to all the other groups.
Conclusion
East Asian female population had smaller curvature and depth of an orbital floor than the other groups, which means racial and sex-related differences should be considered in the orbital floor reconstruction.

To read the full article:bit.ly/2ZaSUxv