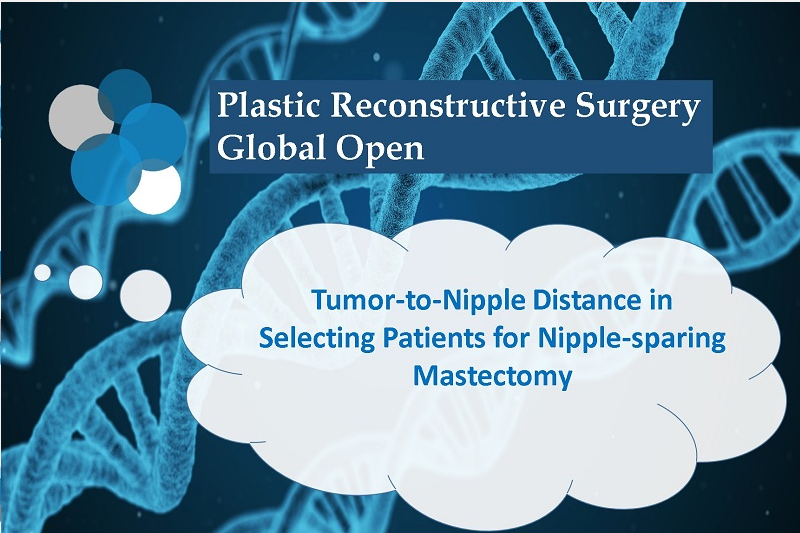 Nipple-sparing mastectomy (NSM) is a valid option for carefully selected cases. Oncologic guidelines have not been established, but proximity of the tumor to the nipple, tumor size, lymph node involvement, and neoadjuvant chemotherapy have been suggested as contraindications to nipple preservation. This study describes our experience with NSM in relation to these factors, in particular distance of tumor from the nipple, to help establish evidence-based guidelines for NSM.

Method:
All NSM procedures performed at our institution between 2014 and 2018 were reviewed. The tumor-to-nipple distance was measured for each patient using mammography, ultrasound, or magnetic resonance imaging. All patients underwent a frozen section (FS) biopsy of the base of the nipple during surgery, and if cancer was detected, the procedure was converted to a skin-sparing mastectomy. Patients were followed for postoperative complications and cancer recurrence.

Results:
Sixty-eight patients (98 breasts) underwent NSM with immediate reconstruction. Fifty-three patients (78%) underwent the procedure for breast cancer. Nipple involvement was detected on FS in 1 patient and on permanent pathology after a negative FS in 1 patient. Forty-three percent of our patients had a tumor-to-nipple distance of ≤2 cm. During a mean follow-up of 32.5 months (±19.4 months), no locoregional recurrences were observed; however, distant metastasis occurred in 3 patients.

Conclusions:
When histologic examination from the base of the nipple is negative (either by FS or permanent pathology), NSM can be considered oncologically safe. Lack of nipple involvement by preoperative clinical and imaging assessment and intraoperative FS is sufficient to classify patients as suitable for NSM.

To read the full article: bit.ly/3oNwbmF