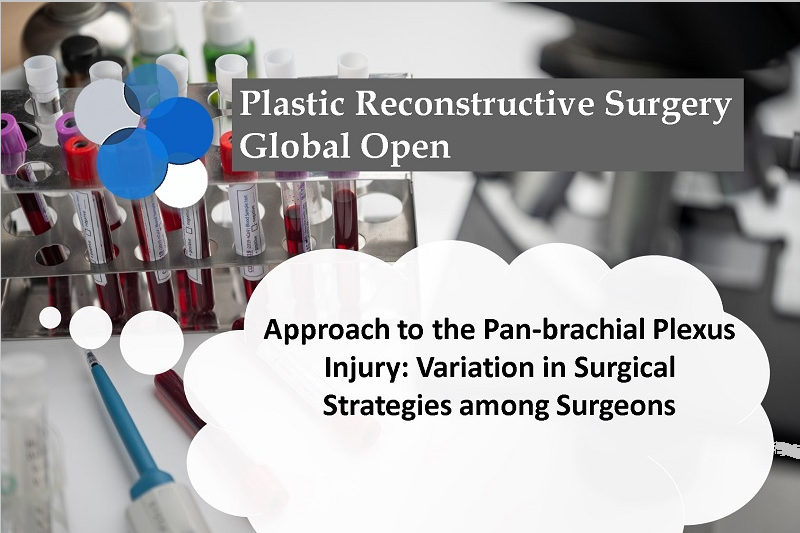 Approach to the Pan-brachial Plexus Injury: Variation in Surgical Strategies among Surgeons

Treatment of pan-brachial plexus injuries has evolved significantly over the past 2 decades, with refinement and introduction of new surgical techniques, particularly free functional muscle transfer. The extent to which contemporary brachial plexus surgeons utilize various techniques as part of their treatment algorithm for pan-plexus injuries and the rationale underlying these choices remain largely unknown.

A case scenario was posed to 12 brachial plexus surgeons during semi-structured qualitative interviews. The case involved a young patient presenting 6 weeks after a pan-plexus injury from a motorcycle accident. Surgeons were asked to formulate a treatment plan. Inductive thematic analysis was used to identify commonalities and variation in approach to treatment.

For shoulder function, the majority of surgeons would graft from a viable C5 nerve root, if possible, though the chosen target varied. Two-thirds of the surgeons would address elbow flexion with nerve transfers, though half would combine this with a free functional muscle transfer to increase elbow flexion strength. Free functional muscle transfer was the technique of choice to restore finger flexion. Finger extension, intrinsic function, and sensation were not prioritized.

Our study sheds light on current trends in the approach to pan-plexus injuries in the U.S. and identifies areas of variability that would benefit from future study. The optimal shoulder target and the role for grafting to the MCN for elbow flexion merit further investigation. The role of FFMT plays an increasingly prominent role in treatment algorithms.

To read the full article: bit.ly/2XnKNgj