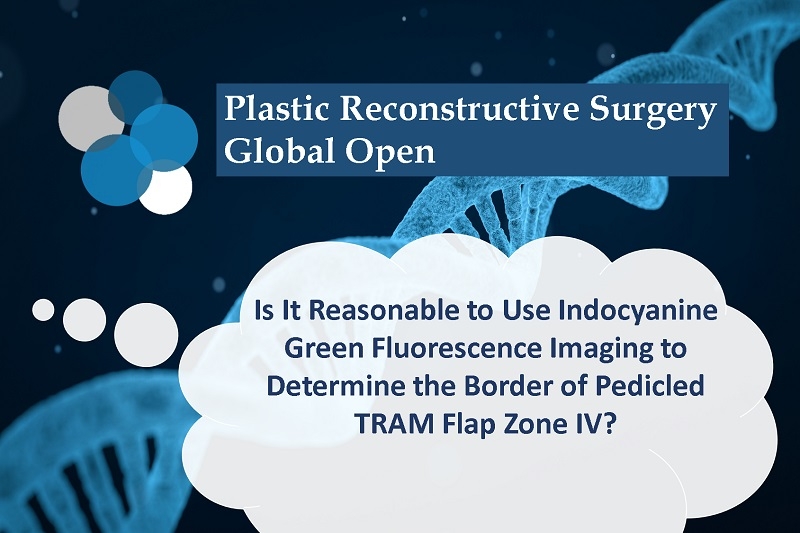 Is It Reasonable to Use Indocyanine Green Fluorescence Imaging to Determine the Border of Pedicled TRAM Flap Zone IV?

Background:
The contralateral lateral section (zone IV) of a pedicled transverse rectus abdominis musculocutaneous (TRAM) flap is generally removed intraoperatively. The border of zone IV is usually identified anatomically using the Hartrampf classification. In this study, we used the indocyanine green (ICG) fluorescence method to determine the border of zone IV and find the correlation with clinical flap outcome.

Methods:
The study recruited breast cancer patients who underwent a pedicled TRAM flap reconstruction. The border of zone IV was identified using the intraoperative ICG fluorescence imaging. The medial border of the removed specimen was sent for a pathological examination of vascular density.

Results:
A total of 29 patients underwent a pedicled TRAM reconstruction. In 16 patients, the border of zone IV identified by ICG fluorescent imaging was identical to the anatomical border. The ICG imaging showed distinct perfusion patterns, which we divided into 4 categories: sequential, simultaneous, low midline scar, and delayed pattern. Overall, there were no patient with total flap loss, 1 patient had a partial flap loss and 4 patients had a fat necrosis. Neither the ICG perfusion time nor the pathological vascular density correlates with the clinical flap outcome. The delayed ICG perfusion pattern (category IV) has the highest fat necrosis rate, although it is not statistically significant.

Conclusions:
In this study, more than half of the patients have ICG perfusion corresponding with the Hartrampf zone, which reflected the conventional practice of zone IV pedicled TRAM flap removal. Some ICG perfusion patterns could be helpful, especially in low midline and delayed pattern.

To read the full article: bit.ly/3hMmguX