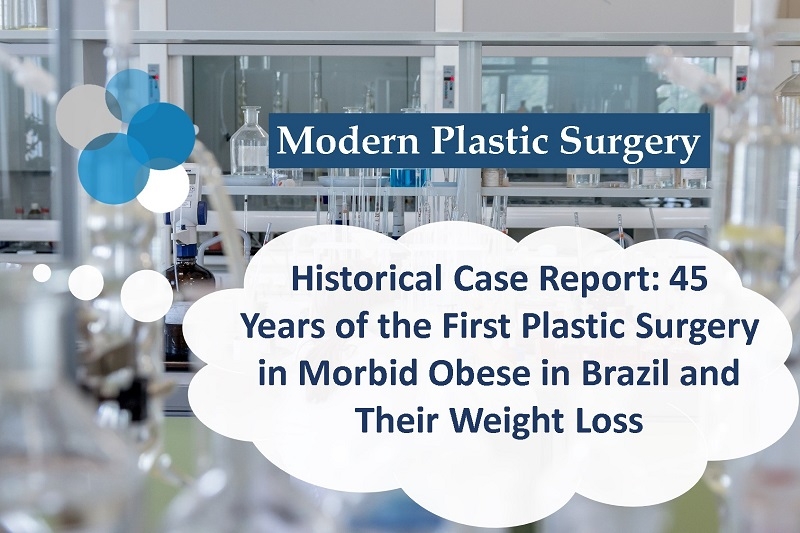 Historical Case Report: 45 Years of the First Plastic Surgery in Morbid Obese in Brazil and Their Weight Loss

Before the 70s, in Brazil, each city had its morbidly obese, considered as the “excessive fats”, in very small numbers if we compare it with the current percentage. There was no classification of the degree of obesity by the body mass index (BMI) as we have today. By chance, on a Saturday in June 1975, at the Outpatient Clinic of the 23rd Infirmary of Santa Casa da Misericórdia Hospital in Rio de Janeiro, arrived the patient I. S., 41 years old, 1.70 m tall, supported by her two children, weighing 210 kg in weight body. Knowing that bariatric surgery only appeared in the 1980s, before that, patients with morbid obesity were left to their own devices, with hypertension and diabetes. The patient I. S. was hospitalized for 3 years in our Plastic Surgery Service, having received nutritional monitoring, had sporadic discharges and undergone 9 reparative plastic surgeries. She was discharged weighing 71 kg, with self-esteem recovered and happy to start a new life, without hypertension and diabetes.

To read the full article:bit.ly/304XSMK